You are not connected. Please login or register

Trix are fictional people living in a fictional world. It is based on the
couple of chapters of a book I have written in a Blogger blog(first 3
chapters) called Trix: Soul Searching.

Trix will be in all three games of the Trix game series:

Trix are soul searching people, using swords, bows, magic and other means
for combat. One of them(in the book) is T-Bomb, a real Gladiator in a
fictional world, deciding to do either of two options to gain freedom:
escape the walls of arena, or dying a legend, proving to spectators
he is proud to be a gladiator.

I am making the first game in the series, Trix Adventure. It will contain
many campaigns differing from each other so much one would think it
isn't in the same one fictional world, but Trix people will be main roles in
each campaign. And all campaigns will happen in the same fictional
world.

The game in the Trix Series I am making right now is Trix Adventure.
It will be a 2D tile grids of grid 10x10 and 15x15 grids, it will be an
adventure game.

Trix are fighting for the freedom of the fictional world(more
accurately, its areas).

All three games in the series will be RPGs or variants of
RPG(role-playing game).

Credits
I am the only one in the team right now, I am the leader of the team.
I still have to thank those who left the team for their effort. My name
is Aco Krstić. I am the administrator of this forum.

Trix: Soulsearching is a book I have written, but only first three
chapters.

I'm counting on making the world where the game is based on
very large.

Other means of combat might be related to controlling energy.

A Pirate might be one of the classes. Naval combat should
be something like pirate fight except you don't need a
Pirate class selected to fight on water.

There are three games in this series and the game
world could vary from one to another; because all
three games will have a different camera perspective.

I always dreamed a game where a player of any skill/experience could play:
from a 3 year-old and hyper-casual games players to hardcore players, 16
hours per day every week players and real competition players.

The first game in the series, just like the next two will be a piece
of cake on the lowest difficulty, but a completely different thing
on the higher ones.

The game will not be luck-based, especially on higher difficulties,
but completely based on skill.

There is something planned as "soul credits". You get soul power, then
you use it for energy, in example.

Energy obtained should be used for different ways to defeat
opposition.

This the basic point of gameplay.

You have to think twice before acting, because many times
you'll rarely have the better side; so having equally
strong sides in a challenge can make wonders if you're
smart.

Say you have 3 units of "2" strength at each side
fighting other, which should sound like 50% chance to win,
right?

Well there are secrets to find in between of the field
("X") that if used properly can greatly increase the
chance of winning.

So instead of directly attacking the units with random
chance spells; try getting the "X"-es.

You have very low chances of winning, so
avoid such battles.

3.
The # means randomly strong monster of strenght 0-5, so
this are battles to accept. There is an element of suprise
to the enemy.

Boards
There will be (n) x (n) two dimensional boards.

Classes function
Every RPG class will have unique traits.

Classes are balanced, and are used for different things.

Best classes are however of different type. They are
hardest to use, and have very low stats.

Multiplayer
There will be some sort of a multiplayer, but not quite
yet.

Carded skills
Next to normal skills there will also be carded skills,
which are really hard to get.

Most will be used by all classes, on all boards, some
might be online-specific.

By jolly card I mean, highest card in some games, in other special kind.

Jolly means a higher value card, but can also be used for special cases.

Classes:
are mostly different between naval and ground. Beachline is hard to attack,
which why variety of classes in your team matters.

Carded skills are harder to get and a lot more effective; they are even
harder to use. Will probably be class-independent.

When attacking a coast, you need pirates, cannoners, to protect ships,
and armored swordsmans to attack fast. A beach is well defended,
and sometimes even with cannons, when attacking a port, there are
also enemy ships.

Near beaches is rarely a forest, which can hide archers.

This is a boss level, and sounds like a suicide mission.

It is, again though with a bit of luck and if you find the right way to find the secrets
and also find the boss' weakeness you have a solid chance to win. 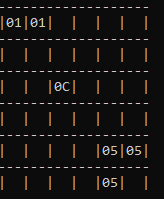 In this level it's the point to get to the C-point, before the other side does. Team
which controls it, gets score per turn, both teams trying to reach the score for win. 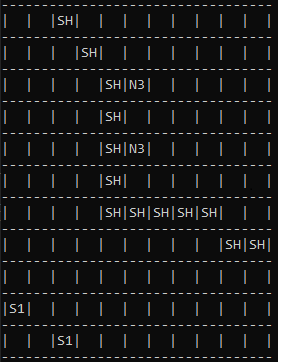 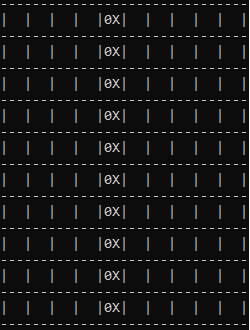 This is how the map should probably look like, briefly. It is 1 vs 5, equally
strong sides on each front side.

There is a small chance, for one of the 0X to contain a clue to a secret,
which might give you a clue to the whereabouts of the tool that could help
you change the chances of winning.

Classes will be based on team roles.